Gobabeb hosts many researchers and collaborators from all over the world. Here are some of our current collaborators and partners.

For profiles of our student researchers and interns, see here. 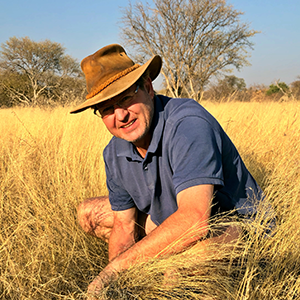 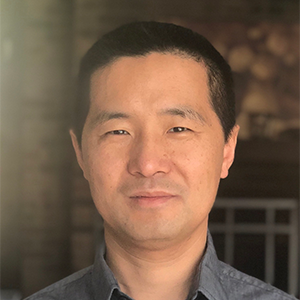 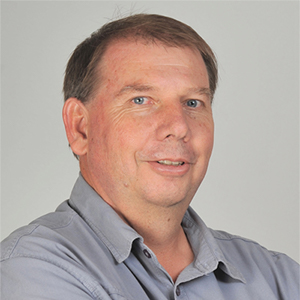 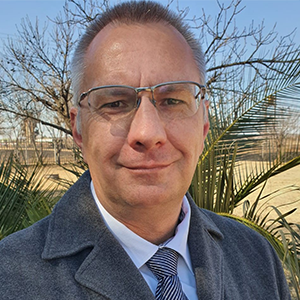 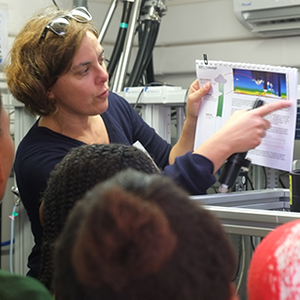 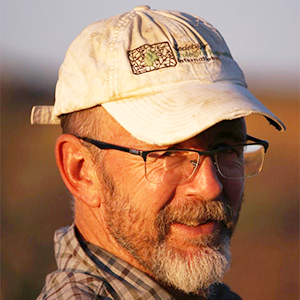 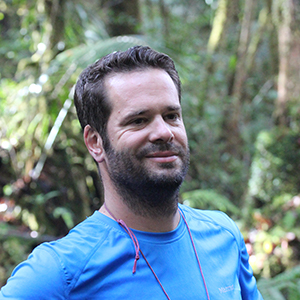 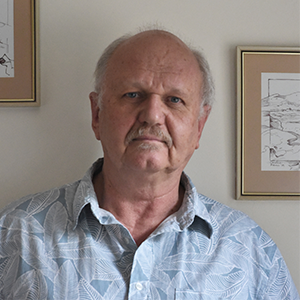 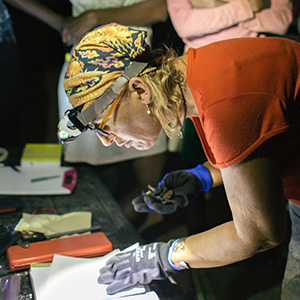 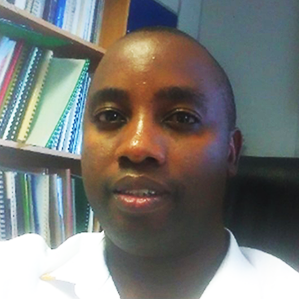 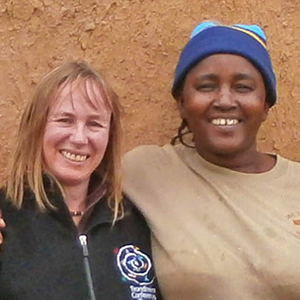 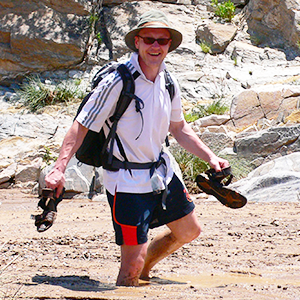 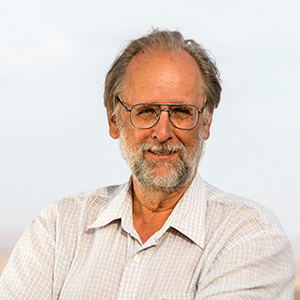 Cornelis van der Waal is a local ecologist active in the fields of rangeland management, restoration and biodiversity assessments as researcher, lecturer and practitioner.

Since 2012, Cornelis has been involved in Gobabeb activities including the co-supervision of GTRIP student projects, a Youth Environmental Summit and conducting restoration research and assessing potential mining impacts on the ecology of a Namib Desert system.

He is the recipient of a PhD in Resource Ecology (University of Wageningen, the Netherlands) and also holds degrees in pasture and grassland sciences (BSc and MSc), as well as wildlife management (BSc Honours).

Cornelis and his family moved to Namibia in 2009 where he lives with his wife and two boys on a small-holding close to Omaruru. He and his family are passionate about visiting wild places in southern Africa.

Lixin’s main research field is ecohydrology. He has a passion to understand the underlying hydrological drivers of ecological changes in drylands. One particular question he investigated is the effects of non-rainfall water input on ecosystem functions. This line of research was supported by his National Science Foundation CAREER award from the Hydrological Sciences program.

Lixin has been coming to Gobabeb for fog and dew research since 2013. Lixin and his students visited Namibia almost annually since 2013.

His full CV may be downloaded here.

His Google Scholar profile is here.

Ben Strohbach is leading the Vegetation Survey of Namibia project, which aims to provide a baseline description of the natural vegetation over Namibia's varied climatic zones, landscapes and ecosystems.

Long-term monitoring of vegetation throughout the country will track the effects of global climate change. For this purpose, 21 biodiversity observatories and a series of auxiliary observatories have been established. Large emphasis is placed on monitoring using repeat aerial photography, using state-of-the-art UAV (drone) technology.

With Gobabeb, he is monitoring the vigour of lichen fields, using UAVs equipped with NIR-capable sensors. Lichens are effected by daily and seasonal fog events, which may shift as climate changes.

Stuart Piketh's research interests are in atmospheric sciences, focusing on the understanding of air pollution, emissions to the atmosphere, atmospheric transport, and impacts.

His research focus since 2012 has been on understanding air pollution in low-income settlements in South Africa, as well as atmospheric aerosols along the west coast of Namibia.

He first came to Gobabeb in 2012, to study the chemical characteristics of offshore aerosols deposited in the Benguela current system.  He has also studied long-term patterns of aerosols along the African west coast, particularly the impact of fog events on Namib vegetation.

His long-term goal is to understand surface and lower tropospheric aerosols over Gobabeb and the west coast of southern Africa.

His CV may be downloaded here.

Paola Formenti investigates atmospheric aerosols and their role in shaping the Earth’s climate though their radiative effects. Her research is based on field observations and laboratory simulations.

Formenti is part of the Laboratoire Interuniversitaire des Systèmes Atmosphériques, based in Crétéil, France.

Since 2014, Formenti has worked in Namibia, collaborating with Gobabeb and the University of Namibia in Henties Bay, analyzing long-term and intensive field observations of atmospheric aerosol, their physico-chemical and optical properties, and their effect on atmospheric radiation. These are important determinants of climate.

She is the recipient of a PhD in Astronomy (University of Utrecht, the Netherlands) and holds degrees in physics (BSc and MSc). In between her MSc and her PhD, she spent one year at the University of the Witwatersrand in South Africa, collaborating with Prof. Stuart Piketh.

Her CV may be downloaded here.

Her web site is here : www.lisa.u-pec.fr/~formenti/

In 2018, Theo joined the Namibia University of Science and Technology as Associate Professor in Conservation Biology/Zoology. He maintains his ties with Gobabeb as Principal Investigator of the NERMU Project.

His research focus is on land degradation and restoration ecology, and he has a special interest in the ecophysiology of arid zone organisms and how this relates to risks brought on by global change. Theo supervises PhD and Masters studies that are funded through NERMU.

Dietmar Quandt visited Gobabeb for the first time in 2018 to start a fruitful collaboration on the biodiversity and evolution of the Namib flora, fauna and microbiome as well as the biotic and abiotic interactions of life in the desert. Currently, he is frequently working in Gobabeb and its surrounding on population genetics and the biogeographic history of the Namib flora.

In addition, the partnership resulted in FRAMe (Farmer Resilience and Melon Crop Diversity in southern Africa), a collaborative research project under the umbrella of SASSCAL II (the Southern African Science Service Centre for Adaptive Land Management).

His research profile may be downloaded here.

Joh Henschel, Retired, Associate of SAEON-Arid Lands Node and of the University of the Free State, South Africa

Following his internship at Gobabeb in 1977-1978, Joh Henschel morphed into a desert ecologist , following spotted hyaenas far afield across the Namib for weeks on end. During a postdoc at Gobabeb in 1986-1990, Joh turned to the ecology and ecophysiology of spiders, and from there, he broadened his scope to Namib ecosystems research, and became research manager at Gobabeb. From 2002-2011, Joh served as Gobabeb’s 4th Executive Director, during which time the institution became largely financially independent.

His ORCiD profile is here.

Angela Curtis is a local biologist with a special interest in bats, other small mammals, and reptiles.

Angela joined the Gobabeb team in 2015, researching artificial lighting and its effects on the behaviour of bats in the Kuiseb River. She also assisted with numerous other research projects at Gobabeb and supervised 3 GTRIP students and coordinated GTRIP 2018.

She is currently working with reptiles at The Living Desert Snake Park in Swakopmund. She is very interested in behavioural adaptation to altered conditions and holds B.Sc. (Hon) degree in Psychology.

She is currently exploring the possibility of training a detection dog to detect Namaqua chameleons to establish overall health populations in proximity to human settlement.

Angela's CV may be downloaded here.

Dr Kamwi is a forest scientist and specializes in socio-ecological systems in forests.

His main focus is forestry related research in the remote regions of Southern Africa and other forest ecosystems in Namibia and beyond.

He uses methods such as Geographical Information Systems, remote rensing, plant studies and forest inventory, to clarify the link between people and governance of natural resource governance, use of and interventions that will successfully promote sustainable forest management. This includes a focus on the drivers of change in land cover and the modelling of carbon dynamics, plant distribution, among others.

With Gobabeb, he is studying the distribution of desert plants and linking that to the underlying and proximate drivers of such distribution. His approach includes the livelihoods of the communities who are reliant on the plants of the hyperarid Namib Desert.

He also supervises Bachelors, Honours, Masters and PhD students in his area of interest.

Sian Sullivan’s research in Namibia combines ethnography, oral history and historical texts to explore changes in environmental perceptions, practices and policies in western Namibia: see Future Pasts and Etosha-Kunene Histories. In 2021 she contributed a report on “Cultural heritage and histories of the Northern Namib” for the new Management Plan for the Skeleton Coast National Park, and was co-editor of the open access book Negotiating Climate Change in Crisis, featuring a section on Namibia with work by colleagues at the University of Namibia.

An emphasis of Sian’s work practice is to deploy different media to convey research content. She curated the multi-media exhibition Future Pasts: Landscape, Memory and Music in West Namibia, brought to COSDEF Community Arts Venue in Swakopmund in 2019. With film-maker Oliver Halsey, she is working with the Hoanib Cultural Group, the Nami-Daman Traditional Authority, Sesfontein Conservancy and Save the Rhino Trust on a series of films from oral history research: for example, The Music Returns to Kai-as.

Stephan Getzin has a long-standing connection to Namibia and Gobabeb. He studied at the University of Namibia from 1997 to 1999, specialising in the study of grazing gradients in the Daan Viljoen Game Park for his Bachelor's thesis. As part of a student excursion, he made his first field trip to Gobabeb in 1998.

Through his volunteer work with IRDNC in the Kunene, he became acquainted with the fairy circles in the late nineties and published one of the early studies on the subject in 2000. Since then he has published a dozen papers on the fairy circles, including the Australian fairy circles he discovered in 2014. Since 2008, he has continuously worked with a wide variety of drone systems and specialises in the spatial analysis of plant and animal patterns.

Scott Turner has been coming to Gobabeb for research since the 1980s. He has carried out research projects on coloration and body temperature of tenebrionid beetles, microclimate and temperature of Lithops stone plants, and shuttling thermoregulation of trapdoor spiders (Seothyra). Since 1995, his research has brought him to Namibia annually, focused mainly on physiological ecology of the mound-building termite Macrotermes michaelseni.

Since 2015, he has taught a hybrid online / field course at Gobabeb in Biophysical Field Methods, in collaboration with Prof Berry Pinshow of Ben Gurion University of the Negev.

His full CV may be downloaded here.